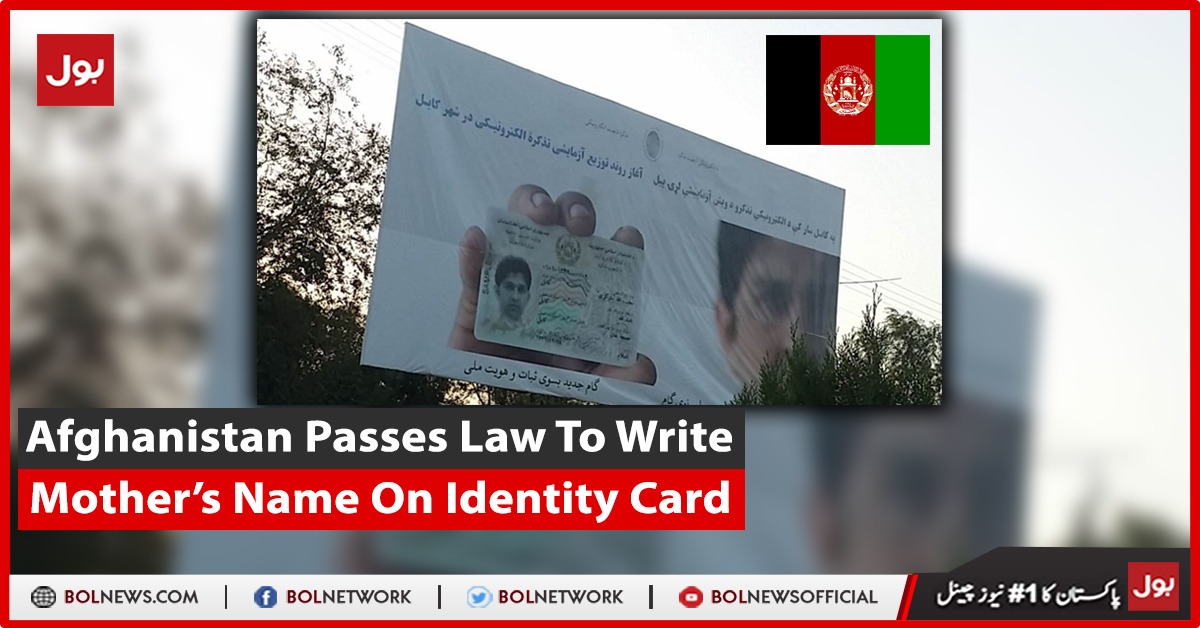 Afghan President Ashraf Ghani signed a decree that will now include the mother’s name on the identity card of every Afghan citizen.

In Afghanistan, human rights organizations and volunteers campaigned across the country to write the mother’s name on children’s ID cards, and before that, only the father’s name was written on the ID card. ‘identity.

According to the details, the parliamentary approval process was delayed, but shortly after the approval, President Ashraf Ghani signed the amendment into law.

A campaign has been launched under the name â€œWhere’s my nameâ€ so that women’s names can be written on ID cards as the use of women’s names in public is seen as a source of shame. It is approached by referring to the tree.

Not only that, but the names of women are usually not written on documents, wedding invitations, and even graves.

During the â€œWhere’s My Nameâ€ campaign, a large number of people identified themselves by their mother’s name, and the movement emerged from Afghanistan in three years and became an international campaign.

Expressing her joy at the success and the change of the ID card, Lala Usmani, the spirit of the movement, said that there is no doubt that this success was the result of our constant struggle and harmony between the people and the activists.

The Afghan cabinet’s legal affairs committee called this a major achievement, saying the decision to write women’s names on ID cards was a major step towards achieving gender equality and women’s rights. .

In a statement, Human Rights Watch also welcomed the decision, saying it would have a significant impact on practical life, including access to education, health and passports for women, and access to documents for their children.

The law comes as peace talks between the Taliban and Afghan government officials continue in Qatar.

Many women expressed concern that their rights could no longer be taken away in negotiations with the Taliban and called on negotiators to respect their rights in peace talks.

It should be noted that the Taliban, who ruled Afghanistan in the 1990s, had strictly enforced strict Sharia law, which restricted women’s access to education and activities outside the home.

The situation of women in the country has improved since the invasion of Afghanistan by the United States in 2001, but despite the rights of women in urban areas, problems persist in remote and rural areas.

According to Voice of America, the day the law was passed Thursday, the same day the United States Embassy in Kabul warned American citizens that extremists were planning to target women.

However, Taliban spokesman Zabihullah Mujahid said they had no intention of carrying out such an attack.

e-PAN: how to request a virtual card, check the status of the PAN