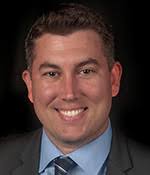 On August 26, the California State Senate voted 24-11 to pass AB 616 (Stone), commonly referred to as “card control.” AB 616 would change the traditional petition and secret election process overseen by the Agriculture Labor Relations Board (ALRB) in which farm workers can vote for a union. The California Fresh Fruit Association has joined a broad coalition of farmer organizations to oppose AB 616, which its supporters have misleadingly called “mail ballot” legislation. Unlike postal voting, the AB 616 process would allow interested parties to choose when and how for a union election, as well as who receives a card verification form, and would limit the ability of the ALRB to provide impartial oversight of an election. .

CFFA President Ian LeMay said: â€œThe vote by the California State Senate to pass AB 616 and undermine the integrity of the secret ballot in union elections is more than disappointing. The right to an impartial and secret election, without undue pressure, is fundamental to the democratic process that we all cherish as Americans. AB 616 would allow interested parties (union) to hand a representation card to a small group of employees to sign in their presence smacks of coercion and intimidation of voters – anathema to the democratic voting process. The bill does not even require that every employee in a company have the opportunity to vote on who or whether they want to be represented.

LeMay continued, â€œAt the same time as our state lawmakers are slamming the pulpit regarding the protections necessary for our state and national voting processes, it is inconceivable that they are depriving our community of agricultural workers of this same fundamental right. . We are now asking Governor Newsom to have the same foresight as his predecessor, Governor Brown, when he vetoed the previous attempt to verify the cards. Veto AB 616 and protect the right of California farmers to a free and fair electoral process. “

Why I don’t store my credit card information on websites