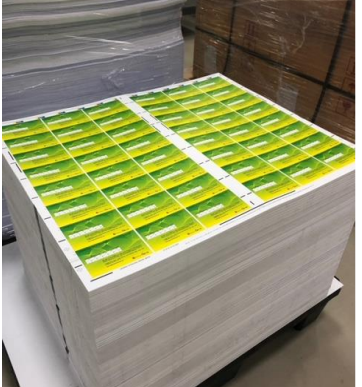 The Lagos State Residents Registration Agency (LASRRA) is expected to re-launch a new, renamed Identity Card for all residents in the first quarter of 2022.

The new scheme is an upgrade of the old LASRRA cards already issued. The new card will be known as “LAG ID”

The new card which is renewable every 5 years contains a chip which has multiple uses and can be accepted anywhere in many places.

In an interactive session with editors on Thursday, LASRRA’s Managing Director, Engr. Ibilola Kasunmu, said following the presentation and subsequent approval by the State Executive Council of the re-opening of the resident registration program, the Agency has defined an overall implementation plan and has gradually closed the stages which will culminate in the official relaunch of the Citizen Enrollment Program in the first quarter.

She said the project was dubbed LASRRA 2.0 with six main goals to identify each resident and

Kasunmu said the agency has decided to pursue an ecosystem-based approach, such as a cost-effective approach, which involves including the private sector to finance the costs of producing smart ID cards for residents; increase enrollment coverage and speed by employing independent agents for enrollment exercise and building a service layer to support verifications, data discovery and value-added services

She said LASRRA would implement and provide access to a core set of services, operations and processes, and then work with multiple partners to complete the other complementary aspects of the program.

She revealed that Sterling Bank was the pioneering financial partner for the program, as the bank would print the cards after registration was completed.

The LASRRA Chief Executive added that the agency’s database, containing both demographic and biometric data, of all residents of Lagos State would now facilitate effective security planning and resource allocation. , education, health and financial inclusion.

Others are: the ABIS deduplication solution for a unique identifier for all residents, the development of an API gateway for the secure validation of data with the public and private sectors, the development of 28 applet identity cards taking supports multiple use cases such as payment, transportation, retirement, etc. and the integration of Sterling Bank. as an issuing partner with the commitment to issue the first three million resident cards.

Kasunmu further explained that the Lagos Resident ID Card contains provisions for 28 applets of which three are activated at the time of card collection.

She revealed the three active applets to include electronic identity information (e-ID), EMV payment and transport – LAMATA, adding that the remaining 25 applets would be implemented with public and private partners in the following phases. .

“We have already committed some under the following headings: Health Application – LASHMA; Application for pension – LASPEC and recoveries – LCC,” she said.

So far, Kasunmu revealed that the agency currently has 4.46 million people in its database who have registered since the program began in 2013, of which 3.25 million are subject to proof validation. of life, with 1.04 million cards ready to be printed.

Ajibola Abari, Head of Enrollment, LASRRA, who spoke about the Enrollment Strategy Overview, said that it is compared to four buckets and categories totaling 65 enrollment partners, with partners to provide the equipment and coordinate registration stations.

Abari explained that the coverage areas by the listing partners would be in all local government and local council development areas, adding that it is only in Apapa, Ajeromi/Ifelodun, Amuwo-Odofin, Badagry and Ojo that registration partners had not been assigned.

Jide Agbaje, Technical Consultant of LASRRA, who spoke on “Introduction to LASRRA 2.0 backend infrastructure, solutions and security”, said that resident data is 100% secure and protected.

32% of Americans are hiding a financial secret from their partner, according to a survey