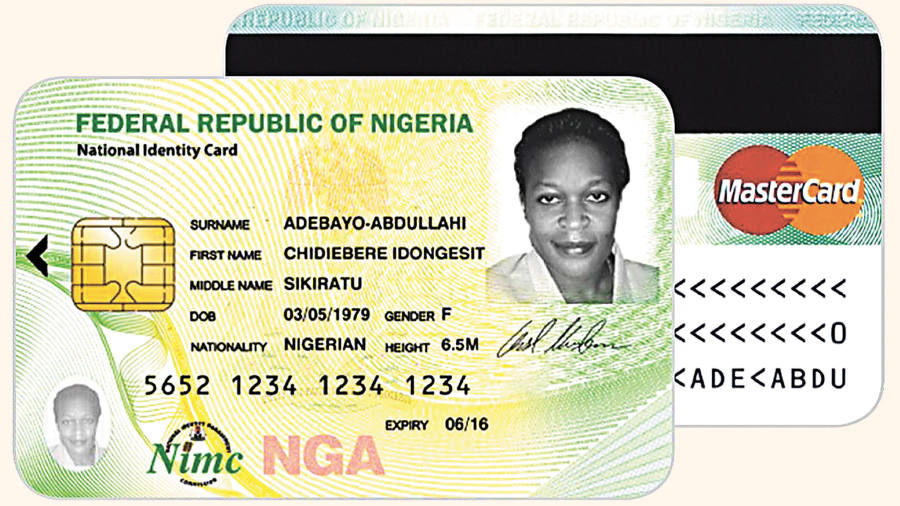 MasterCard is partnering with Nigerian authorities to launch identity cards that will double as electronic payment cards.

The credit card provider said it was rolling out a pilot program that would initially target 13 million people. The project is part of the Nigerian government’s plans to introduce identity cards and reduce the reliance of Nigerians on cash transactions.

The dual-purpose identity and payment card could initially be used for recipients of Nigerian public pensions. But it is hoped that it can eventually be expanded to include public sector wages and other payments such as agricultural subsidies.

Nigeria is Africa’s most populous country and top oil producer with 160 million people and one of the continent’s fastest growing economies. But it followed Kenya, in East Africa, in introducing mobile banking.

Ngozi Okonjo-Iweala, Nigeria’s finance minister, said at the World Economic Forum in Cape Town that the initiative with MasterCard would help boost financial inclusion by bringing more people without bank accounts into the formal economy where the vast majority transactions are still carried out in cash. .

She added that the government was working on setting up a number of “electronic platforms” that would help build institutions to “stop leaks” and fight corruption.

“This program is a good practice for us to bring all citizens to a common platform to interact with different government agencies and to conduct electronic transactions,” she said.

Rival to Mastercard, Visa has chosen a different entry strategy in Africa, launching a pilot project in the small central African state of Rwanda, where, in collaboration with the authorities, it has enrolled around 100,000 users in a system mobile phone service similar to that of Kenya.

MasterCard has launched a program comparable to its Nigerian business in South Africa where it has issued some 10 million cards for recipients of social grants or social benefits.

Michael Miebach, president of the Middle East and Africa at MasterCard, said the number of electronic card terminals in Nigeria had increased from around 8,000 to 160,000 over the past two years. Access Bank, a Nigerian bank, will be the first card-issuing partner.

Like other multinationals, MasterCard has been attracted by Africa’s strong economic growth in recent years and the emergence in many countries of a new class of consumers.

Ajay Banga, Managing Director of MasterCard, recently said that the governments of Nigeria and Kenya are talking about becoming “cashless” companies.

“The markets in Africa, the people that you consider to be distant, are actually more advanced in their thinking on this issue than some of the more developed countries, who tend to think it’s laissez-faire, it’s going to happen. of its own. own,” he said.