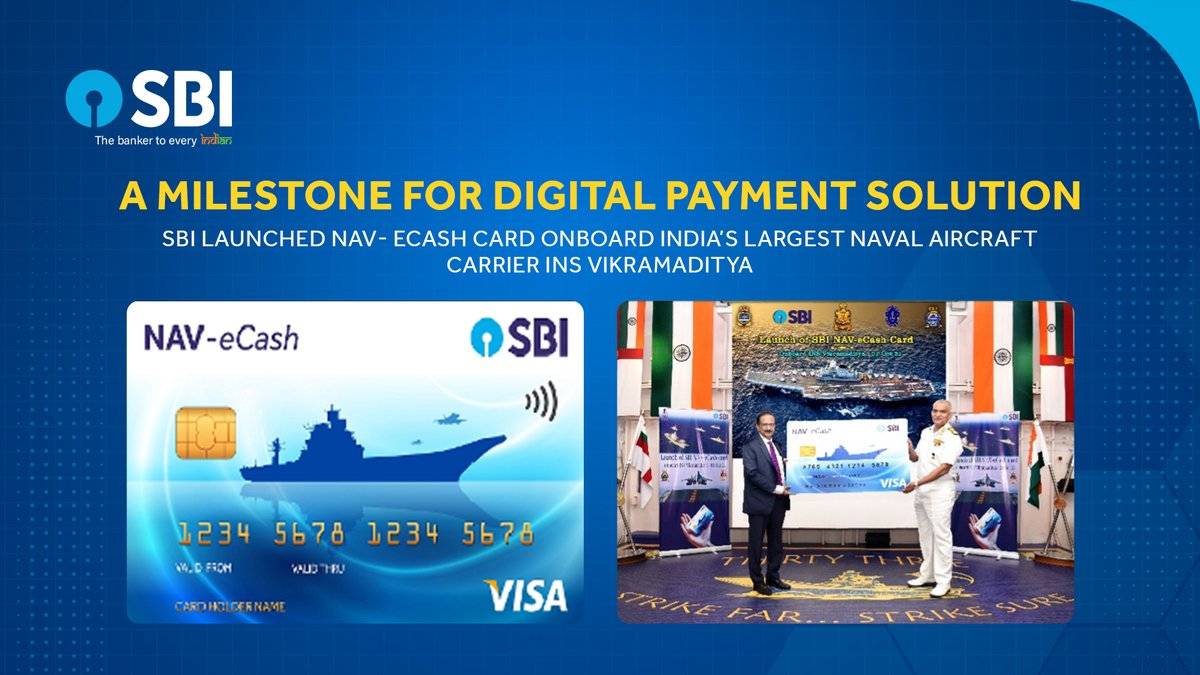 The launch of SBI NAV-eCash Card is a milestone for digital payment solutions, as well as SBI’s commitment to the Indian government’s vision of digital India and a deliberate transition to a less cash economy. Traditional payment methods are hampered by the specific architecture of navy vessels, especially when the vessel is at sea and there is no connectivity. The NAV-eCash card, with its dual chip technology, will allow online and offline transactions.

The card will eliminate the difficulties experienced by on-board personnel when it comes to handling physical money when the ship is deployed at sea.

The idea for such a map was developed together by SBI and Navy officials, and the map meets Navy requirements for a seamless on-board experience. The new journey envisioned in the form of the NAV-eCash Card will revolutionize the payment ecology while the ship is sailing eliminating the need for money to use any of the onboard services.

Speaking at the event, CS Setty, MD (Retail & Digital Banking), SBI, highlighted the bank’s commitment to the defense forces and the bank’s long association with the Indian Armed Forces. He also acknowledged his satisfaction in being in contact with the defense forces. The concept will be duplicated on other naval ships and defense establishments to create a secure, convenient and sustainable payment ecosystem.

In terms of assets, deposits, branches, customers and staff, the State Bank of India is the largest commercial bank in India. It is also the largest mortgage lender in the country, having fulfilled the ambitions of buying a house of 30 lakh Indian families.

Show your support for agro-journalism

Dear boss, thank you for being our reader. Readers like you are a source of inspiration for us to advance agrijournalism. We need your support to continue to provide quality agricultural journalism and reach out to farmers and people all across rural India.

Every contribution is precious for our future.