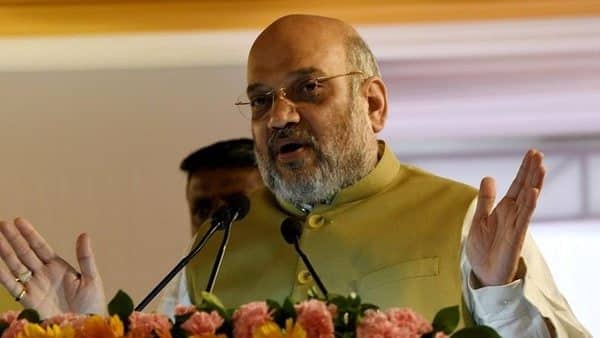 New Delhi: At the start of two decades after the Bharatiya Janata Party (BJP) government led by former Prime Minister Atal Bihari Vajpayee came up with a single multipurpose identity card for all Indians, the idea is back on the front lines of the scene. However, this time concerns were raised regarding the security and privacy of personal data.

Union Home Secretary Amit Shah said on Monday that the National Democratic Alliance (NDA) government was working on the possibility of a National Population Register (NPR), which would eliminate the need for ‘multiple identifications. The entire 2021 census exercise and preparation of the NPR could cost the government up to ??12,000 crores. â€œWe can have one card for all utilities like Aadhaar, passport, bank account, driver’s license, voter card,â€ Shah said.

The Union government believes that a cleaner and more streamlined census would allow the compilation of data for the NPR, and it would also consolidate all other forms of identification such as Aadhaar, Permanent Account Number (PAN), driver’s license and voter ID card under one platform. In addition, a single ID card can streamline service delivery and reduce leakage.

Former chief economic adviser Arvind Virmani, however, highlighted the possibility of cybersecurity risks. â€œA multi-purpose card would make things easier for over 75% of the population. (But), around 25% of the population is likely to have privacy and security concerns regarding the storage and use of data connected to or generated using the card, â€Virmani said. , who worked on the unique identification project, when he was an advisor to the former Planning Commission.

â€œThis is especially the case with financial data, which many criminals would like to get their hands on. We must also be very concerned about the hacking of these databases by hostile foreign governments. These concerns should be addressed through laws, rules and penalties for unauthorized use and misuse of this data. Many agencies are ill-equipped to ensure the privacy and security of any data they may have in digital form. These institutional weaknesses should also be corrected, “he added.

Virmani worked on India’s unique ID project in its early days, long before the United Progressive Alliance (UPA) government hired the co-founder of Infosys Ltd, Nandan Nilekani, to deploy Aadhaar. In 2006-07, the pilot project of a single identity card for people living below the poverty line had started under Virmani’s leadership. It passed through various circles and ultimately resulted in UPA-II, when former Prime Minister Manmohan Singh inducted Nilekani.

Cyber â€‹â€‹intrusions have increased dramatically over the past decade, exposing sensitive personal and business information, disrupting critical operations and imposing high costs on the economy, NITI Aayog said in a recent presentation. “Nation states, non-state actors and individuals are at the level of their peers, all capable of carrying out attacks,” the official political think tank warned.

In 2001, in a report on national security, a group of ministers led by then Deputy Prime Minister and Home Minister LK Advani launched the idea of â€‹â€‹a multi-purpose national identity card. (MPNIC).

The plan did not take off, but the BJP included it in its manifesto in 2004 when it categorically stated that an effort will be made to end the infiltrations from Bangladesh. He also proposed a 3-D formula (detect, delete and expel). The party also included the idea of â€‹â€‹an NPR in its manifesto for the 2009 elections.

â€œA national ID will be convenient for citizens, but before rolling out a proposal, we need to make sure the system is robust and well protected against cyberthreats,â€ said Rakshit Tandon, a cybersecurity expert.

* Thank you for subscribing to our newsletter.